The Conversation about our Industrial Food System Begins with Food, Inc.

Organic, Grow Local, GMO/GE, rBGH, antibiotic usage, factory farms, food labeling laws, processed foods, obesity epidemic, high fructose corn syrup… These are just a few of the issues about the American food supply that now bombard an awakening public. Its industrialization has filled our supermarkets with plenty, but at what cost? Are our bodies able to safely handle the thousands of chemical additives that are now routine in our diet? Is the American diet indeed responsible for the epidemic levels of food allergies, Autism, ADHD, Type  II Diabetes, Alzheimer’s disease and many other conditions that are being suggested by some health and nutrition professionals? What do they all mean, how are they related, and finally, is our industrial food supply being properly regulated by the government agencies that are supposed to protect our health? Let’s start the discussion about our food in our town with a showing and discussion about documentary film Food, Inc.  Ewing Green Team is delighted to introduce as our moderator, Camille Miller, the Executive Director of the Northeast Organic Farming Association.

Food, Inc. is a 2008 American documentary film directed by Emmy Award-winning filmmaker Robert Kenner. The film lifts the veil on our nation’s food industry, exposing the highly mechanized underbelly that’s been hidden from the American consumer with the consent of our government’s regulatory agencies, USDA and FDA. Our nation’s food supply is now controlled by a handful of corporations that often put profit ahead of consumer health, the livelihood of the American farmer, the safety of workers and our own environment. Featuring interviews with such experts as Eric Schlosser (“Fast Food Nation”), Michael Pollan (“The Omnivore’s Dilemma”) along with forward thinking social entrepreneurs like Stonyfield Farms’ Gary Hirschberg and Polyface Farms’ Joel Salatin, Food, Inc. reveals shocking truths about what we eat, how it’s produced, who we have become as a nation and where we are going from here. 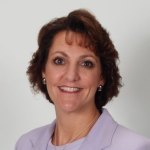 Camille Miller is an organic food advocate and has worked extensively in raising awareness around food and farming issues at the local, state and national levels.  She also serves as Vice-President of the Board on the NOFA Interstate Council, a seven state organic farming coalition. She is an active member in the National Organic Coalition (NOC), an alliance of grassroots organic groups and environmen-tal organizations working to provide a “Washington voice” for farmers, ranchers, environmentalists and others involved in organic agriculture as well as a national trained speaker for the Institute of Responsible Technology on Genetically Engineered food.