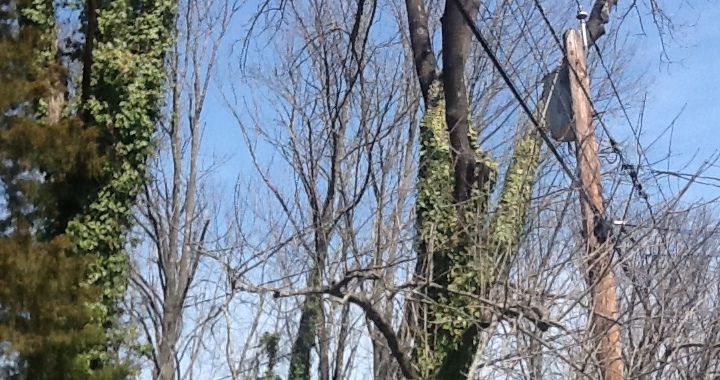 Our thanks to Ann Farnham of the Ewing Environmental Commission for sharing this article with us about our continued use of non-native plants in the landscape.

We continue to hammer away on the disadvantages of using non-native plants. Remember, a good definition of a native plant is one that existed in any specific region before the European settlement in this country. Ewing is in the Mid-Atlantic region and our natives are well adapted to our particular soils, precipitation, temperatures, elevations and exposures. Our native wildlife – insects, mammals, birds, reptiles – developed along with them.

Many people believe that if a plant is sold at a local nursery or garden center that it is all right to use. Unfortunately, that is not correct. Because we have no laws or ordinances that prohibit the sale of introduced or invasive plants (some states do), they are widely available. What we can do at this point is to be informed and avoid buying them.

What are some of the popular, non-native plants sold in local nurseries and garden centers?

In March, 2016 we wrote about Bradford Callery Pear, (Pyrus calleryana); In June, 2016 it was Acer platanoides, Norway Maple; in July, 2016, we wrote about Burning Bush, (Euonymus alatus); and in August, 2016, Winter Creeper, (Euonymus fortunei).  Unfortunately, these are all available at local nurseries and garden centers. A few more garden center boarders – invasives and aggressors – are listed below; most, having few natural predators, form un-challenged thickets at the expense of our native plants.

Native plant alternatives to exotics can be found in the Brooklyn Botanical Garden’s Native Alternatives to Invasive Plants. In addition, be sure to visit the web sites: